Sorry for inconsistently posting about You’re the Worst. Although I didn’t cover every episode, you can read all that I have said about the series’ inventive and whole-heartedly original second season using our You’re the Worst tag.

I don’t want to delay discussion of the superb season finale any longer, so let’s get into it.

In a smart move, much of the show’s action takes place at Vernon and Becca’s baby gender reveal party. This was a nice mirror to the close of the first season when everybody went to Vernon and Becca’s for another equally atrocious yuppie gathering.

“The Heart is a Dumb Dumb” opens with Gretchen and Jimmy having a startlingly casual and cavalier breakfast, revealing that Gretchen’s depression has leveled out for the time being.

Things seem to be looking up for the couple who banter about Jimmy’s almost affair in a happy-go-lucky way only they can. That lightness remains until Gretchen tells Jimmy that she doesn’t take any medicine for depression. He says nothing major in response, but her admission quietly sends him toward his mid-episode drunken bender…more on that later.

While our main couple works itself back into a regular rhythm, the show focuses on three other couples in various states of dysfunction. Vernon and Becca continue to be the worst kind of worst on this show. She’s shallow and manipulative and evil, and he’s inconsiderate and juvenile and greedy. I hate them, but damn if they’re not funny.

Vernon assaults Paul in attempt to get a loan.

Edgar and Dorothy hit a bump in their storybook romance, but they stabilize before the episode’s conclusion.

I’ve loved what they’ve done with Edgar this season. There’s always one actor in a series who takes a season or two to be fully utilized to their potential, and that actor is definitely Desmin Borges for this show. Edgar was a charming, fan favorite last year, but now he’s developed and multi-dimensional.

He could easily be the lead of spin-off. I’d certainly watch it. 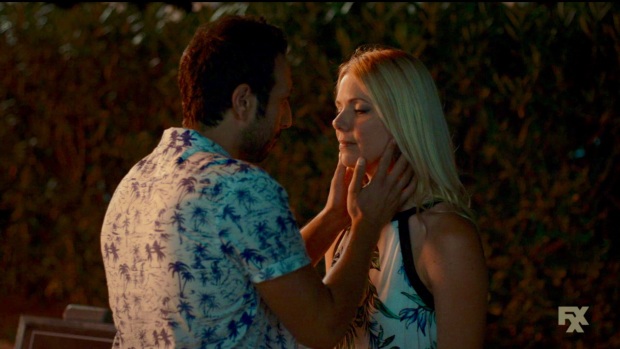 Reunited and it feels so good.

And in a turn of events equal parts shocking and expected, Lindsay’s planned(ish) pregnancy eventually draws she and Paul back to one another. They even sing a karaoke duet together that makes up for Lindsay’s devastating solo at the end of season one. 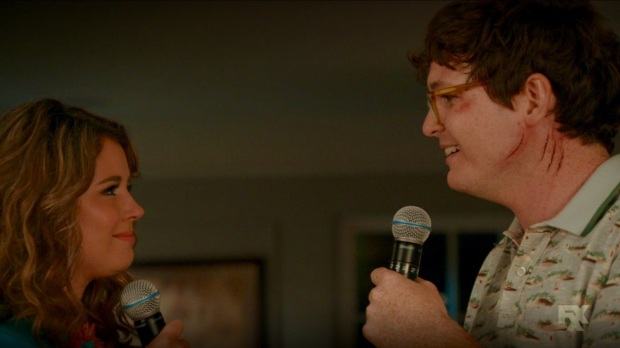 Their reunion is bittersweet, though.

The pair’s closing moments of riding away together on Paul’s motorcycle show cracks in their reunion. Kether Donahue looks absolutely terrified to be trapped back in a relationship with the always weird, often funny, mostly sad, Paul.

Here’s hoping that their getting back together means much more of Allen McLeod next year! Let’s get #SeasonofPaul trending!

As for the series’ leads, their raw and alarmingly realistic romance continued to shine this week. Aya Cash (who has been putting in unequivocally excellent work week after week) took a slight backseat to  the amazing, dramatically driven comedic effort of Chris Geere as Jimmy.

Jimmy finally fully collapses under the weight of his love for Gretchen in this episode, so he drinks himself to tears. After an epic rant at the gender reveal party, Gretchen comes to his rescue. She’s the only one capable of calming his hurricane of emotions.

They don’t say I love you until the final minute of the finale, but you have to know it is true during their conversation after Jimmy’s big party speech.

Jimmy breaks down and Gretchen comforts him, but it’s so much more than that.

They are so clearly two people on the same wavelength.

For instance, when Gretchen admits to trying to make out with the bartender Jimmy almost had an affair with, Jimmy’s only reaction is disbelief that anyone would turn Gretchen down.

His (accurate) claim is that Gretchen is far too hot to be passed up on. Aya Cash is gorgeous, but that reaction is sheer l.o.v.e love, everybody!

As I mentioned earlier, “The Heart is a Dumb Dumb” ends with Gretchen and Jimmy smiling happily about their newly admitted love for one another. They share a cigarette on the stoop where they’ve had many of their biggest moments as a couple and grin.