Welcome to our new music series! Each week, I’ll be posting my favorite new music releases. Since I didn’t do it weekly for November, I’m doing a round-up of all the new music I discovered this month. As much as I love TV (and I really love it), I think I might love music even more. Shh…don’t tell!

Every month, I make a playlist of the best new songs I’ve discovered on Spotify. My favorite type of music is dance-y indie electronic stuff I can bop around my house to, so if that’s your thing, I guarantee you’ll love it. A few of the songs even made it into this round-up! Keep reading for my take on the best November new releases. 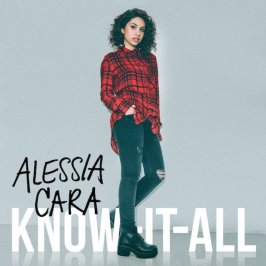 At only 19, this Canadian songstress is already doing some pretty big things. Her radio hit “Here” is huge, and she co-wrote every song on the album. Totally pleasant from start to finish, she strikes the perfect balance of sounding her age while still channeling some of the power and polish of more veteran performers. Props, girl. Looking forward to keeping my eye on her. I feel like her vocals would be great on a Disclosure track.

I’m sort of ashamed to say I liked this. However, I do have a soft spot for the Biebs since he subscribed to my YouTube singing videos ten years ago (true story). Anyway, I feel like this album is very heavily influenced by Justin’s mentoring from Usher. I’m more into uptempo tracks, so Purpose was a little ballad heavy for me, but I thought the end of the album (most of the deluxe tracks), particularly, was very strong.

Stand-out tracks: Company, Been You (the beat on this one was giving me Chromeo vibes, actually) Sorry, Get Used to It, Trust, All in It

Time to brag: I discovered Ellie Goulding more than two years before she hit it big in the US. “Lights” was my favorite song nearly a year before it even debuted here. I first heard her cover of Sam Sparro’s “Black & Gold” on YouTube around 2008 or 2009, and I’ve been a fan ever since. Admittedly, her US radio hits have been hit or miss for me (why did she never release “Starry Eyed” over here?), but I fell in love with “On My Mind” when it premiered a few months ago. This album definitely isn’t her strongest, but it’s still a solid effort that her fans will enjoy. 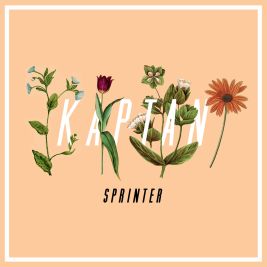 Kaptan is a super obscure indie band based in Nashville, and They. Are. Awesome. I am predicting it now: They will be HUGE. This is the kind of music I picture people listening to as they ride their bikes in the sun, the wind in their hair. It’s perfect. My favorite music discovery of the month—hands down.

My favorite track: “Anywhere We Go” but “Closer Now” is a very, very close second.

He’s only 22, but he’s soulful and bluesy in all the right ways. He’s British and adorable, and I want to listen to his music all day.

My favorite track: “Waiting for Your Love”

Similar Artists: Stereophonics, The Kooks, Sam Smith (if he had more of a rock edge)

I discovered him when his duet “How I Want Ya” with Hailee Steinfeld was featured in my Discover Weekly playlist on Spotify. I feel like he’s mostly going to be a hit with the teen crowd, but I enjoyed his EP just the same. His EP was significantly stronger than his duet partner Hailee’s (HAIZ was really a miss for me).

My favorite track: “Our Song”

This song couldn’t be catchier if it tried. I dance around my apartment to it all the time, and it made my Spotify favorites list this month. The chorus is so freaking catchy.

I mentioned earlier that my favorite genre is indie dance music. Well, hip-hop throwback jams is a very close second. This song is smooth and groovy and hits all the right 90s nostalgia notes.

This song had a bit of a HAIM vibe for me. Like, this is what HAIM might sound like if they were dudes instead of chicks.

“Gone Are the Days” – HONNE

I think this one actually has a similar sound to the MOTHXR song. It’s just a bit less dark.

…And that’s all, folks! Whew! I think these will be a lot easier to put together when they are weekly instead of monthly. I had a blast reliving the month in tunes, though. Takeaway: GO LISTEN TO KAPTAN. Seriously. I’m not kidding. Go! Now!