A lot of the TV hiatuses continue, so I’ve got a shorter post again. As must as I love TV, I’m actually kind of loving having a little more free time with fewer shows airing. Is that blasphemy of some sort? If so, I guess I apologize. Just a little bit, though.

Anyway, here are my thoughts on this week’s airings. Paige has already posted her weekly reactions! You can also read my weekly recap from last week if you want to catch up on where I stand regarding each show.

And don’t forget to read my full recap of Finding Carter from this week if you missed it!

Paige already did an awesome job on her recap of the whole episode, but I’ll add in my two cents. I’ve got to agree with her that this whole Alicia-going-into-politics thing is played out. The woman’s a lawyer—and a damn good one—so just let her be a lawyer. Is there something so wrong with that? I enjoyed the case of the week. Bringing all the different law firms together is always entertaining. I’m not sure how I feel about Lucca and Cary. I don’t really sense chemistry with them. It’s weird because I think Cary is sexy and awesome, but I feel like I haven’t ever really liked his chemistry with any of the love interests they’ve tried with him. Maybe I’ll come around.

I think this may have been the first episode that wasn’t separated into distinct viewpoints. Each of the four main characters still had parts of the episode focus on them, but it wasn’t done the same way as usual. I’m not sure whether I liked it more or less, but I enjoyed it. Alison had her baby (which may or may not be Cole’s), and of course, Noah wasn’t there like the terrible douchebag that he is. Where was he? Getting drunk and high, schmoozing with Hollywood producers, and hooking up with Eden. What a sleaze. My hatred of him grows with every episode. I feel so fucking bad for Cole. He really can’t catch a break.

It was SO great to see Allison being hunted. I really want to see her get what’s coming to her. She’s really giving it all she can to flip the story around and save herself, so I am hoping against hope no one falls for it. I felt bad for Saul. He really had no idea about any of her lies. He was majorly played. But most importantly, QUINN. If he dies, I may have to stop watching this show. He and Carrie are endgame for me, and he is just too hot to die and not be on my TV screen anymore. 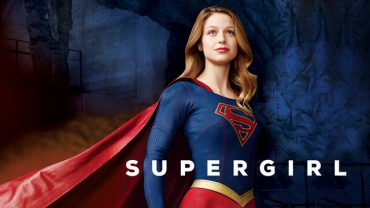 I’ve got to agree with Paige’s thoughts in her DC on TV Round-Up. This show is just a little too cheesy and formulaic to be really, truly enjoyable. It’s not really unenjoyable, but I definitely don’t find myself looking forward to it the way I do with a lot of my other shows. Mostly, I just think Winn is absolutely adorable.

I think the judges mostly got it right this week. Weirdly, even though I totally agree that Matt has shown no range outside of crop tops and pencil skirts, he has a certain charisma that makes for good TV, and I would have missed him on the show even though he was probably the one who should have gotten cut. I don’t really get the judges’  intense love over Samantha. She’s just not my style, I guess. I think Maya is my current favorite.

All right, as a half-Jewish girl, I’m off to go make some latkes to celebrate the first night of Hanukkah. I hope anyone else celebrating has a nice holiday as well.