Since The OC was the show that brought us together, we thought it would be fitting to make it the first in our Rewind Rewatch series. Once a month, we’ll get together and rewatch one disc’s worth of episodes. After years away from Orange County, we’re back and full of opinions on Ryan and Seth’s bromance, Luke’s douchebaggery, and Summer’s lipgloss.

Did you catch our thoughts on episodes 1-4 of The OC? Don’t keep reading until you catch up! 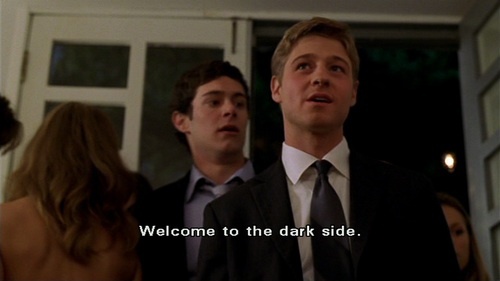 “Do you think I could pull off the wife-beater? You know, switch up my look?” – Seth
*Ryan side eyes him*
“Gotcha. You’ve got your style; I’ve got mine.” – Seth

Laura: Hey, Paige, do you think I could pull off a wife-beater?

“I got a house party in Long Beach. Six kegs. Crazy hunnies.” – Donnie 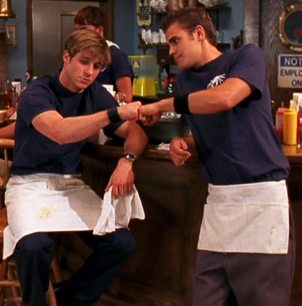 Paige: I like to think that Donnie was one of Stefan Salvatore’s many past lives.

Laura: Mostly, when I hear him say “crazy hunnies,” I just think of Marky Mark.

“So, this happened in the parking lot of the IMAX movie theater?” – Sandy
“Shark movies bring out a rough crowd.” – Seth 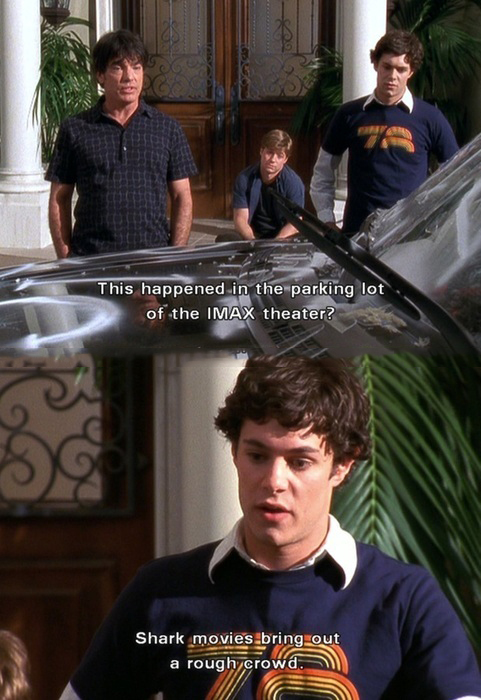 Laura: That Range Rover is Range Over.

Paige: The Range Rover is practically the fifth member of the Cohen-Atwood family.

“I remember as a kid when I saw a limousine driving, I’d always try to see through the tinted window, wondering what kind of life the people inside lived, how glamorous and lucky. Who knew, right? You knew. You were probably in there staring back at me, which means I’ve been jealous of you since I was eight.” – Julie

Laura: This is probably my favorite Julie moment ever.

“I wonder what his new girlfriend’s like.” – Kirsten
“I’m sure she is very well paid.” – Sandy 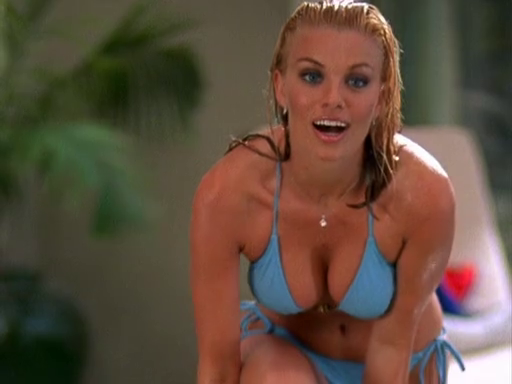 Laura: This was perfect foreshadowing for Caleb’s character.

“She’s known that guy since he was eating paste.” – Gabrielle
“I think he still does.” – Seth

Paige: Do you get the attraction to Luke?

Laura: Not at all. Why, Marissa? Why? 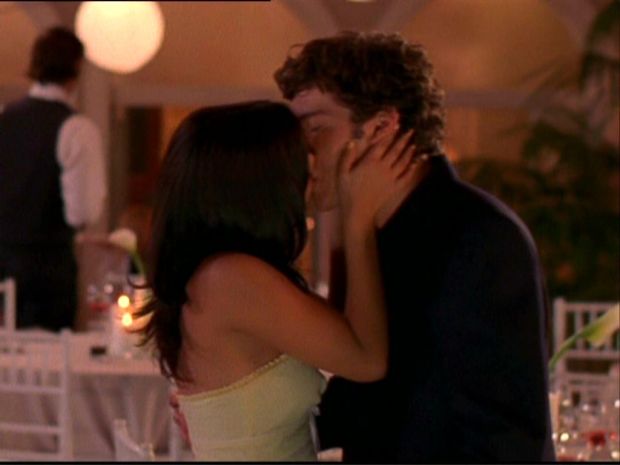 Paige: This is the first glimpse of the Summer to come.

Laura: She’s actually starting to be funny for the right reasons.

Paige: And with the kiss at the end, finally the true beginning of Seth and Summer. Be still my shipper heart. 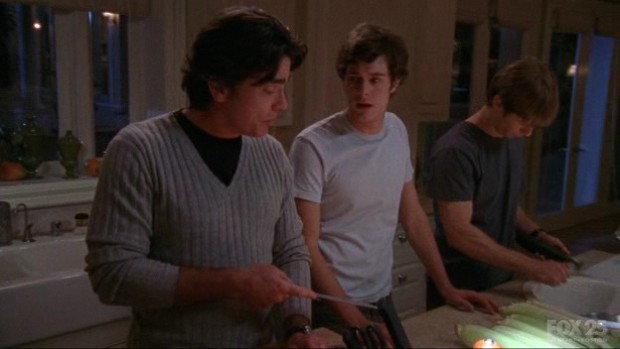 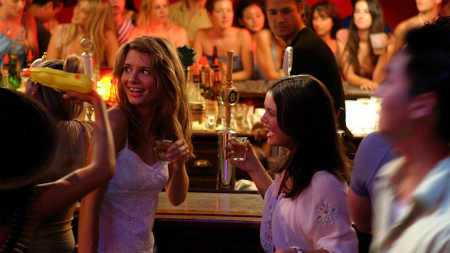 Paige: Why wasn’t I that hot in high school? I had a middle part until sophomore year, and I wasn’t aware that mirrors could show me the back of my head.

In lieu of witty remarks, please enjoy Summer and Marissa in candy-striper outfits. 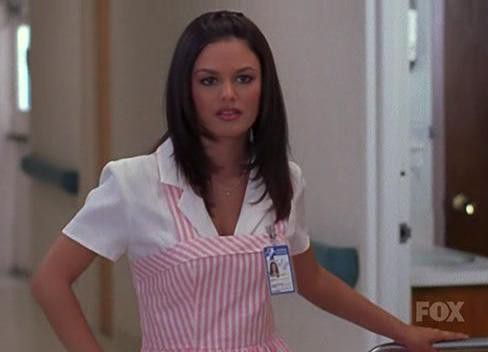 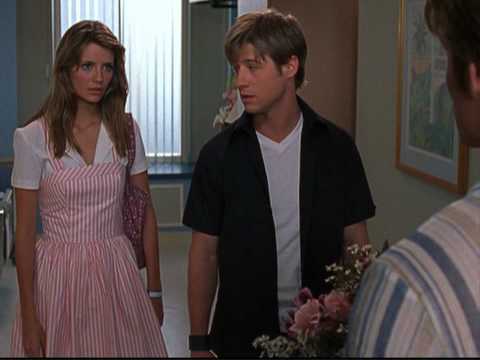 Slowly but surely, we’ll make it through the whole series. Emphasis on the slowly. Like snail speed.